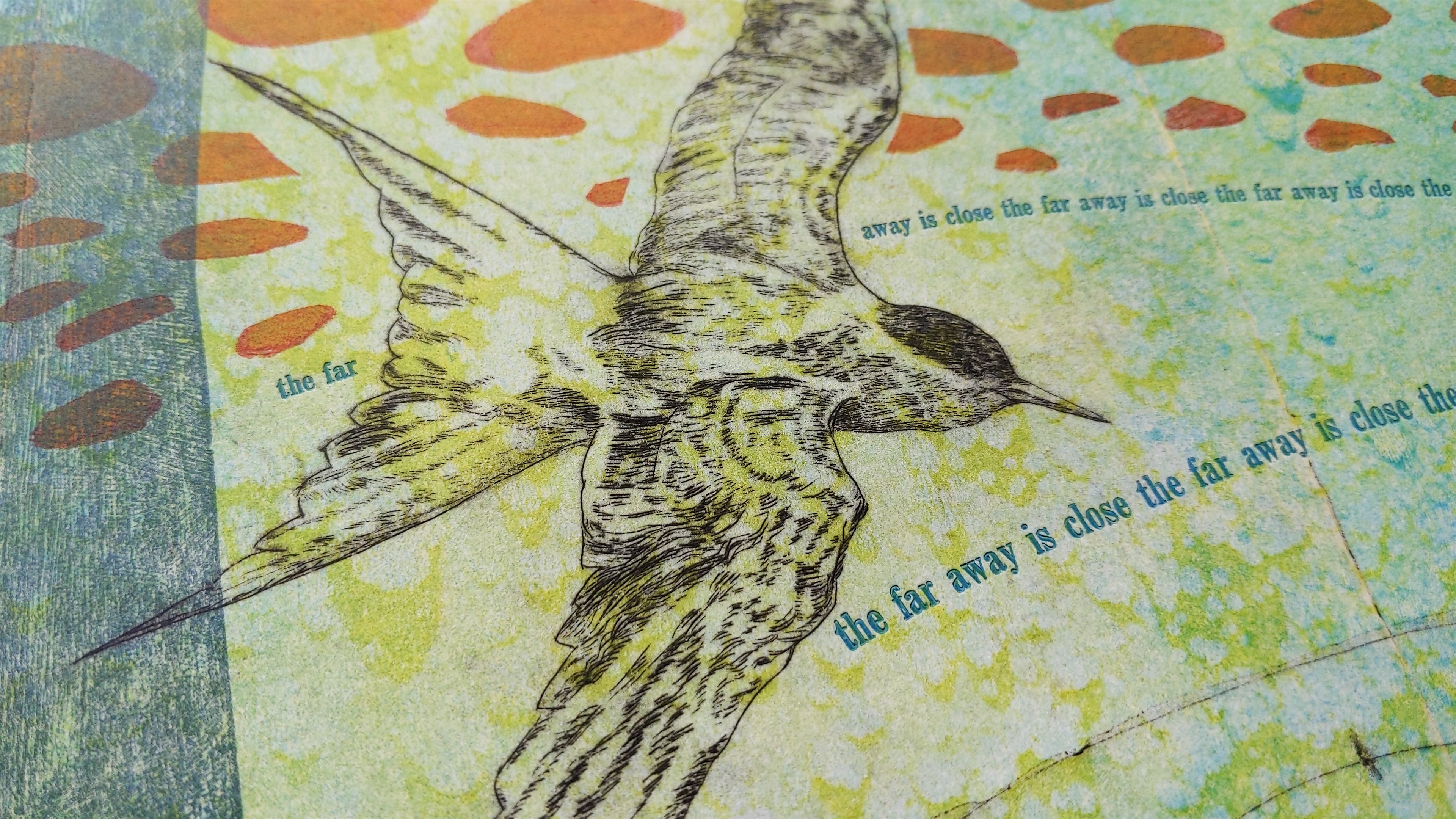 Compositions from drypoint etching, metal and wood types, and collagraphs.

Nothing makes a better impression. 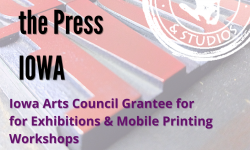 I’m very excited to be awarded a FY2022 grant from the Iowa Arts Council and the National Endowment for the Arts! I will create new prints, apply for exhibitions and hold mobile print workshops! I plan on continuing the Ephemera print series. I will use my artist/activist voice to explore social issues, encourage dialogue, invite participation and embolden the voices of participants in the workshops, who will create prints to take home and/or use in marches or demonstrations.

Image Description: A fiery, symmetrical triangular area with a dark center with figures that are silhouettes at top and bottom. A drawing like treatment over red on the figures, some of which hold signs. The figures at the top are upside down and feature an umbrella holder protecting from tear gas. A rectangular city-like horizon at top and bottom between figures and fire. The names of only a few killed by police surround the print in gray.

Shared for the first time on the night George P. Floyd’s murderer was convicted on all counts. I am heartbroken, angry and so sad to learn that as this verdict was handed down, Makiyah Bryant, a 16 yr old Black girl in Ohio was murdered by the cops she called for help.

I stared into the summer campfires, taking pictures with a filter on Instagram that divided the fire in symmetry. What was this burning heart? I realized it was like staring into our collective grief over the summer of 2020 when ordinary people took to the streets and became activists, holding signs and confronting murderers, defending against chemical weapons with umbrellas, strategizing to outmaneuver police, or whole families bravely marching in their communities for justice. And getting hurt.

I will add this to the shop soon.

Let us create for you.

We'd love to help! Shoot us a message via the contact form.